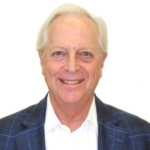 Raoul Clark joined GVC Capital in October, 2018 as Managing Director, Capital Markets.  Prior to joining GVC, Raoul was Managing Director, Institutional Sales from 2001 to 2018 for D.A. Davidson’s Equity Capital Markets team. In addition, Raoul served as D.A. Davidson’s Head of Institutional Sales from 2013-2017. Prior to joining D.A. Davidson, he worked as a Senior Institutional Salesperson for Tucker Anthony and Hanifen Imhoff.  Before entering the investment business, Raoul served for 17 years as CEO and President of Clark Graphics Corporation in Huntsville, Alabama. Raoul holds a bachelor’s degree in history from the University of Virginia, where he played on the varsity tennis team.  Raoul has been active on the Board of Directors of the Denver Children’s Home for over nine years, and served as its President in 2017.